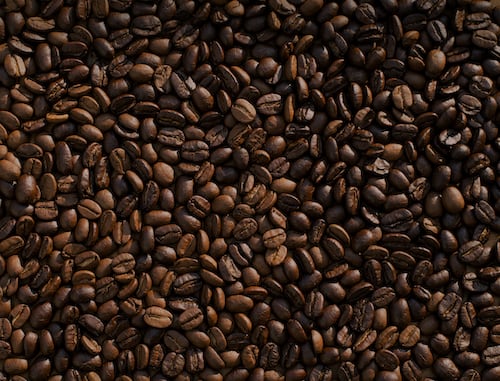 Coca-Cola decided to march into the world of coffee by acquiring Costa Coffee in September 2018 to diversify its products.  In order to compete with Starbucks, Coca-Cola offered more than 4 billion euros for the chain of British coffee Costa. While the global coffee giant Starbucks is venturing more and more into the Coca-Cola field by selling mass-market products, the Atlanta firm has decided to counterattack. The Costa coffee chain would be sold to the American giant Coca-Cola for £3.9 billion (€4.3 billion), announced its owner at the beginning of September, the British group of hotels and restaurants Whitbread. Whitbread had announced at the end of April a project of split off in two distinct entities, with on one side its cheap hotels Premier Inn and on the other side the cafes Costa, presented as the first chain of coffee shops in the UK and the group finally decided to sell。

The British group said in a statement that the sale to Coca-Cola is much more financially attractive than the split that was expected. “Costa’s sale to Coca-Cola is another milestone in Whitbread’s 276-year history,” said Alison Britain, general manager of the group, quoted in the statement. She recalled that Whitbread acquired Costa in 1995 for 19 million pounds.

This leads to the question: what could be Coca-Cola’s reason to invest in Costa Coffee?

Let us have a closer look on the acquirer. The Coca-Cola Company is the world’s leading producer and seller of soft drinks. Turnover by activity breaks down as follows: sale of beverages (74.4%) marketed under the Coca-Cola, Fanta, Sprite, Minute Maid and Nestea brands, and bottling (25.3%). In total, the company has a turnover of approximately €37 billion in 2017. The group has more than 30 production sites in the world and 74.1% of the turnover is achieved at the ‘international. Net profit is up nearly 20%, thanks to the international, it is about €4.8 billion.

The strategy behind the selling of Costa Coffee

Whitbread said it would use the proceeds of the sale to reduce its debt, supplement its retirement fund and develop its Premier Inn hotels in Britain and Germany. Whitbread wants to focus on its primary activities. The price of sale represents a significant premium to the value that could be created by Costa through demerger. Whitbread expects also to return a significant majority of the net proceeds to shareholders.

Why is Coca-Cola paying a hefty premium for Costa Coffee?

Coca-Cola Company is paying 16.4 times Costa’s EBITDA for its fiscal year 2017. It shows that Coca-Cola wants to deliver strong synergies in product, distribution and vending. The company anticipates revenue synergies, possibly through the sale of Costa products through its distribution network, and through the sale of its products in Costa Coffee shops or vending machines. Moreover, the group also expects cost synergies in the reduction in SG&A costs.

Furthermore, Coca-Cola wants to benefit from the coffee expertise of Costa Coffee This will be a complement to existing capabilities within the Coca-Cola system. This may make it easier for Coca-Cola to expand its existing offerings. Since the Coke Company has not had experience in running a retail format, it is likely to let the existing management handle that part of the business.

Coca-Cola wants to diversify into a new and fast-growing segment. Coca-Cola is looking to diversify even further as it has undergone changes in consumer habits in recent years that are unfavourable to soft drinks. In addition to the famous drink of the same name, the Atlanta group markets Dasani waters, Powerade energy drinks, Nestea cold teas and a range of other soft drinks such as Fanta and Sprite. Coca-Cola is not the only one to diversify under the pressure of the “healthy” trend. Its main competitor, Pepsi-Cola, has just offered the SodaStream sparkling water maker $ 3.2 billion.

Finally, Coca-Cola Company is eager to find new revenue sources through the acquisition of Costa. The brand manages 8,000 Costa Express coffee machines, available in supermarkets and service stations in eight countries. Its sales reached £ 1.29 billion in 2017-2018, for an operating profit of £123 million. This acquisition will enable Coca-Cola to gain market shares in the world’s fastest-growing drinks categories. For its part, Coca-Cola fills a gap in its wide range of activities in drinks by getting hold of an international brand of coffee. “Hot drinks are one of the few areas in the industry where Coca-Cola does not have a global brand, and Costa gives us access to this market,” said James Quincey, CEO of the US group. The firm also has its “Costa Express” business, which are machines sold to other retailers. That fast-growing business recorded 9.6% sales growth in 2018 from 8,228 machines, with plans to install another 1,300 machines this year.

The global coffee shop market alone is worth $165bn (£127bn). Coffee is the second most traded raw material in the world. Europeans are by far the largest consumers: they alone absorb almost a third of the coffee bags delivered worldwide each year. Then come the Americans and the Brazilians. Asian countries have also increased their caffeine dose in recent years. A trend related to growing middle classes and changing lifestyles and thus eating habits, Euromonitor International analysts explain in a recent report. This is the case in the Philippines where instant coffees become more and more popular, and China, whose imports of coffee bags have doubled over the past five years. China is considered as a key market. According to GlobalData, retail sales of hot drinks in China will be $34.2 billion by 2022, and hot-drinks volumes across all channels have more than doubled there in the past five years.

Moreover, coffee shops are the fastest growing restaurant category (in terms of global sales, increasing 9.1% from 2014-2015 according to Euromonitor International data). Furthermore, the largest growth opportunities will be in Asia. Like its competitors, the Atlanta giant has to adapt to the major consumer trends that are the desire of healthier products. Moreover, hot drinks are one of the few areas in the industry where Coca-Cola does not have a global brand.

Asia is the other attraction of the Coca-Cola’s operation. China is already Costa’s first international market, via 450 stores. However, the markets are cautious about these announcements. Just after the announcement, the title of Coca-Cola lost 0.8%.